While most Americans will be tuned into Tuesday’s presidential election awaiting what the results will mean for the future of the country, the results could have an unusually significant impact on Long Beach’s local political scene for years to come.

If President Donald Trump is able to fend off former Vice President Joe Biden and win a second term, and Republicans are able retain control of the U.S. Senate, it could mean a slower, smaller federal push to provide cities with coronavirus relief money.

But if Biden is able to defeat Trump, it could very well set off a different chain of events that would also leave Long Beach in a financial hole—albeit a smaller one—if Mayor Robert Garcia is appointed to a position in the new administration, igniting a race to replace him.

While the city has never had a special election to replace a mayor, it has held a number of special elections to fill open City Council seats, and they can be expensive. The 2019 special election to fill the hole created by the departure of Lena Gonzalez to the state Senate cost the city about $258,000 according to the Long Beach City Clerk’s office.

A citywide special election to fill the mayor’s seat would cost about $900,000, depending on how many candidates competed, according to the City Clerk’s office. If Garcia does leave soon after a Biden win, that cost would be unavoidable according to the City Charter, which mandates a special election to fill the mayor’s office if it becomes vacant more than four months away from any regularly scheduled election.

In an interview last week, Garcia said he’s always planned to finish his current term as mayor and eschew a third term, but, the mayor said, he wouldn’t unequivocally rule anything out.

“Right now I’m totally focused on getting Joe Biden and Kamala Harris elected in a few days,” Garcia said. “That’s where my energy will be.”

Garcia has positioned himself well politically, having campaigned for Harris before she dropped out of the presidential race and then endorsing Biden and lending his efforts to their combined operation. He was in Arizona over the weekend meeting with voters on behalf of the ticket.

Met with Latino small business owners who are doing outreach to their community and turning out the vote for Biden in Arizona. Also hit Phoenix radio in Spanish and helped mobilize new voters. pic.twitter.com/zpzFnJpE0c

He’s even been rumored to be high on a short list for a potential appointment to fill Harris’ California Senate seat should she become vice president.

Gov. Gavin Newsom would get to hand-pick Harris’ replacement, and Garcia was an early backer in his race for governor, endorsing Newsom in November 2017, nearly one year before the 2018 general election.

Garcia endorsed Newsom early when many others were backing his democratic challengers Antonio Villaraigosa and John Chiang.

Also, as Los Angeles Times columnist George Skelton points out, Garcia would be the first LGBTQ U.S. senator from California and the first Latino to hold the job, something that may make him a tempting choice even if he doesn’t have the experience of other potential candidates like Secretary of State Alex Padilla and state Attorney General Xavier Becerra.

If Garcia does leave office before the end of his current term in 2022, there is already a short list of candidates said to be ramping up game plans for campaigns to replace him.

In interviews last week, both Richardson and O’Donnell did not outright distance themselves from potential runs, but both said their focus is on their current jobs. Richardson has two more years on his term as representative of the city’s northernmost district and O’Donnell is up for re-election to the Assembly Tuesday.

“I’m focused on the health, safety and recovery of our communities,” Richardson said, referencing the struggles the city is going through due to the pandemic and the following economic slowdown.

But, Richardson clarified, the future is unpredictable and he also “wouldn’t rule anything out.” 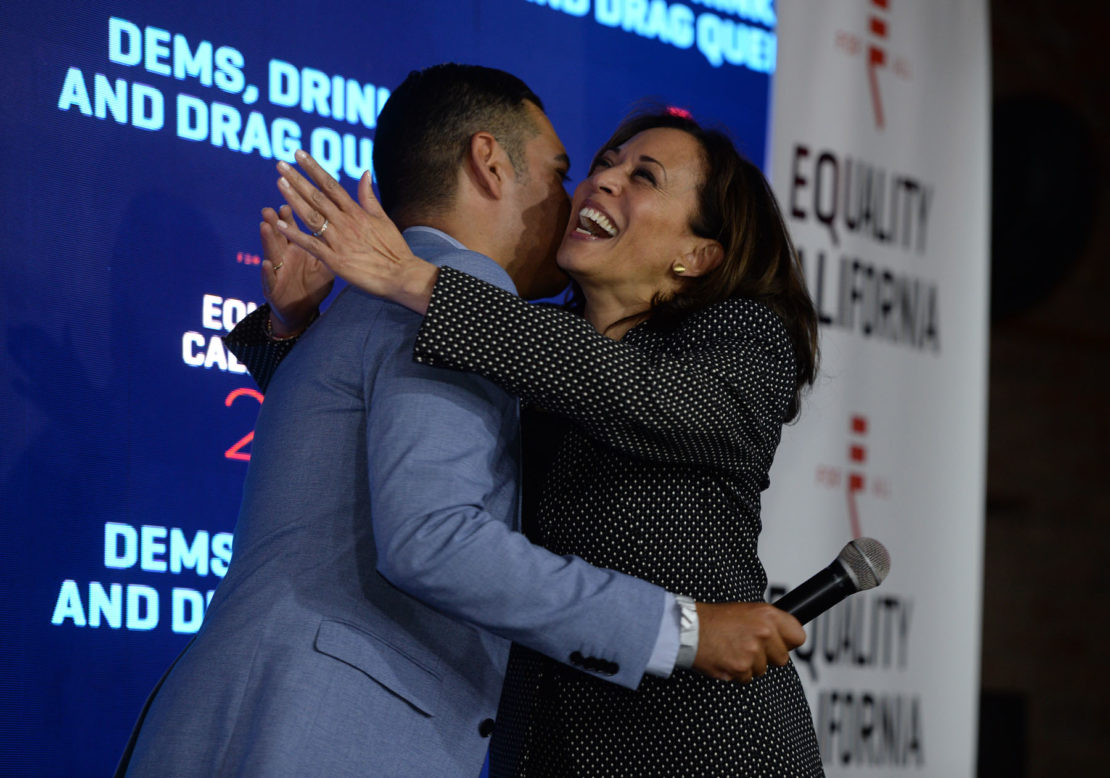 O’Donnell, who previously jumped to the Assembly after winning a third term on City Council as a write-in, said he would “absolutely” take a look at running for mayor if the opportunity presented itself.

“The groundwork has been laid over the last six years,” he said, referencing his previous successful campaigns in his Assembly district, which includes nearly all of Long Beach. “I’ve essentially won citywide multiple times.”

“But we have one mayor at a time, and I respect that fact,” O’Donnell said.

Although a Biden win brings up the possibility of Garcia’s departure, sparking an expensive election process in the middle of an economic disaster, Garcia points to a second Trump presidency as a more existential threat.

The immediate impact would likely come in a lack of relief funding or the continued delay at the federal level that was ordered by Trump last month when he asked leaders in the Senate to take up a nomination to the Supreme Court instead of working toward a second stimulus bill.

Garcia criticized Trump for doing little to help cities when they were scrambling for money to put testing centers into place and said that a similar issue could be on the horizon with the potential rollout of a vaccine next year that would require a significant amount of resources. The potential for a strong stimulus package that will give aid to cities is one of the reasons he’s supporting Biden, Garcia said.

“Any amount is going to benefit the city,” Garcia said. “It’s going to be disastrous for large cities if money for testing and hospitals is not included.” 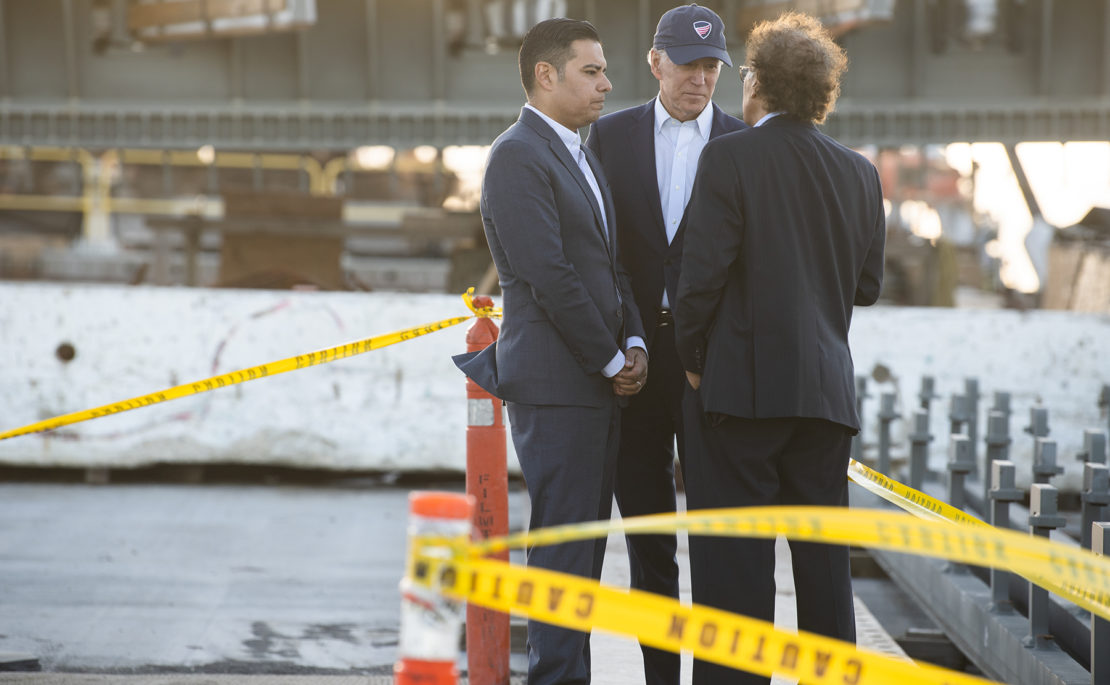 City Manager Tom Modica said last month that Trump’s move to delay stimulus deprived Long Beach of about $189 million. In an interview last week, Modica said Long Beach’s current budget was approved assuming it wouldn’t receive any further federal funding. However, it was also passed assuming that there would be no second coronavirus wave and that the current wave and its economic pain wouldn’t persist too deep into the new year.

Despite already being granted some $40 million in state funding, the city could still benefit from further federal aid as the pandemic seems poised to drag on through next year.

“This is an incredibly costly response and our residents and businesses are hurting,” Modica said.

The city is projected to close the fiscal year in a deficit and is projecting future years of shortfalls, both of which could be exacerbated by a prolonged pandemic and a lack of federal funding. Modica’s hope is that congress and the president, regardless of political composition, can come together and figure it out.

“The sooner we have that money the more programs we can put in place,” he said.

With Product You Purchase

How to get the COVID-19 vaccine in Orange County, Los Angeles, and throughout Southern California